Similarly to the TV show character redesign project, with this one I had to take an already existing TV show's opening and recreate it in my own way.
I went with the NBC show Hannibal because it's one of my favourite TV shows and the opening is a tad bland for my tastes so I wanted to improve it. It also meant that I got to work with bloodier, darker themes that I don't usually explore, so that was interesting!

Here's my initial research that I did so I could make note of the reoccurring themes and imagery in the show so I could include them in the title sequence (things like meat, bones, flowers, cooking utensils, etc.) 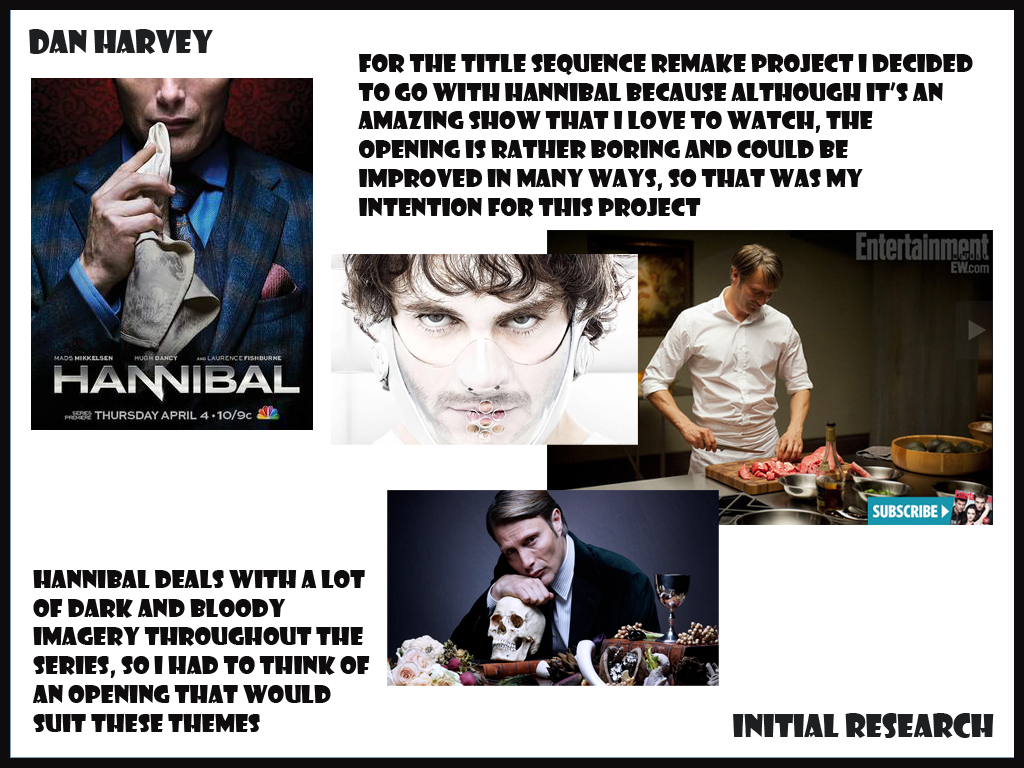 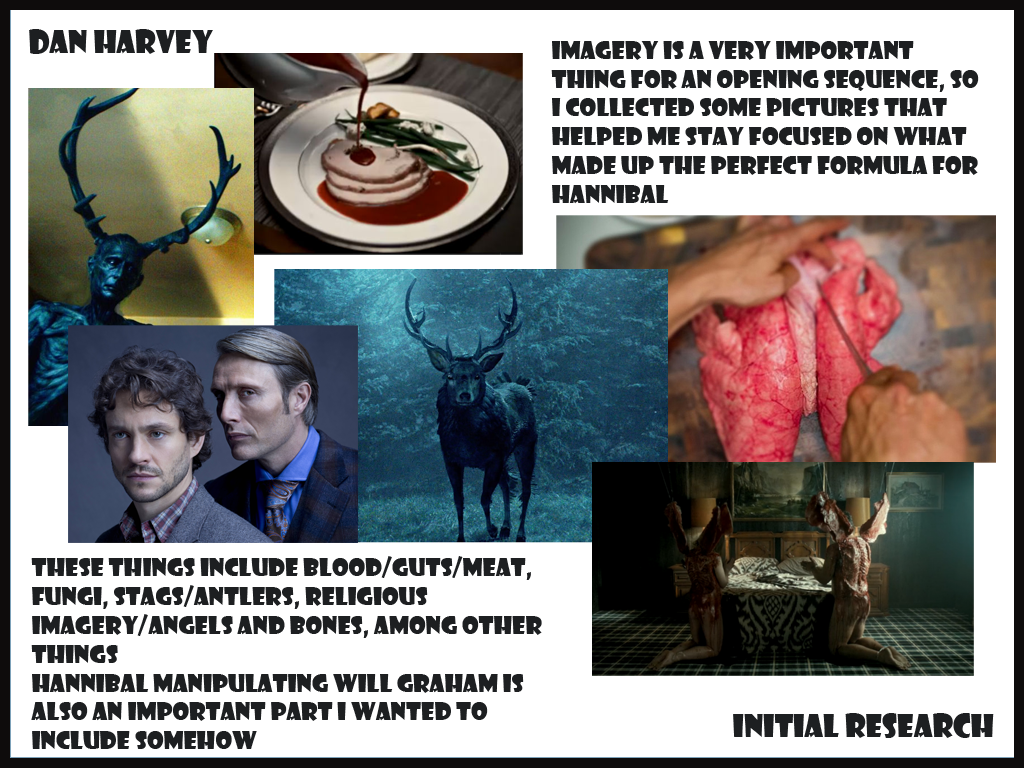 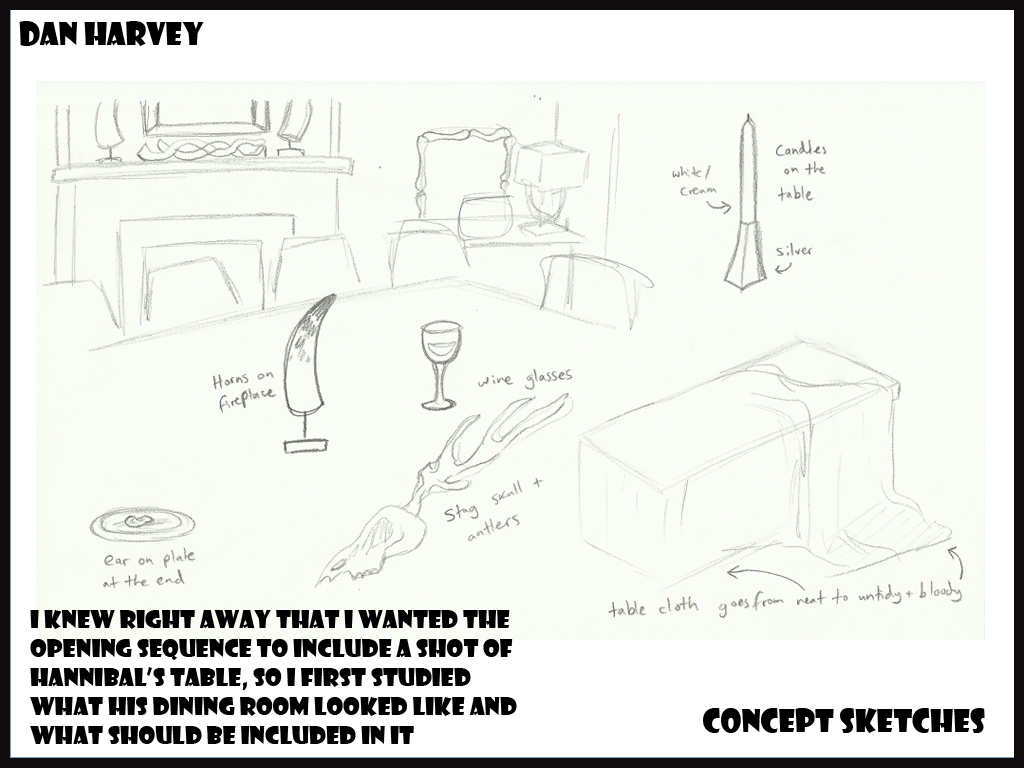 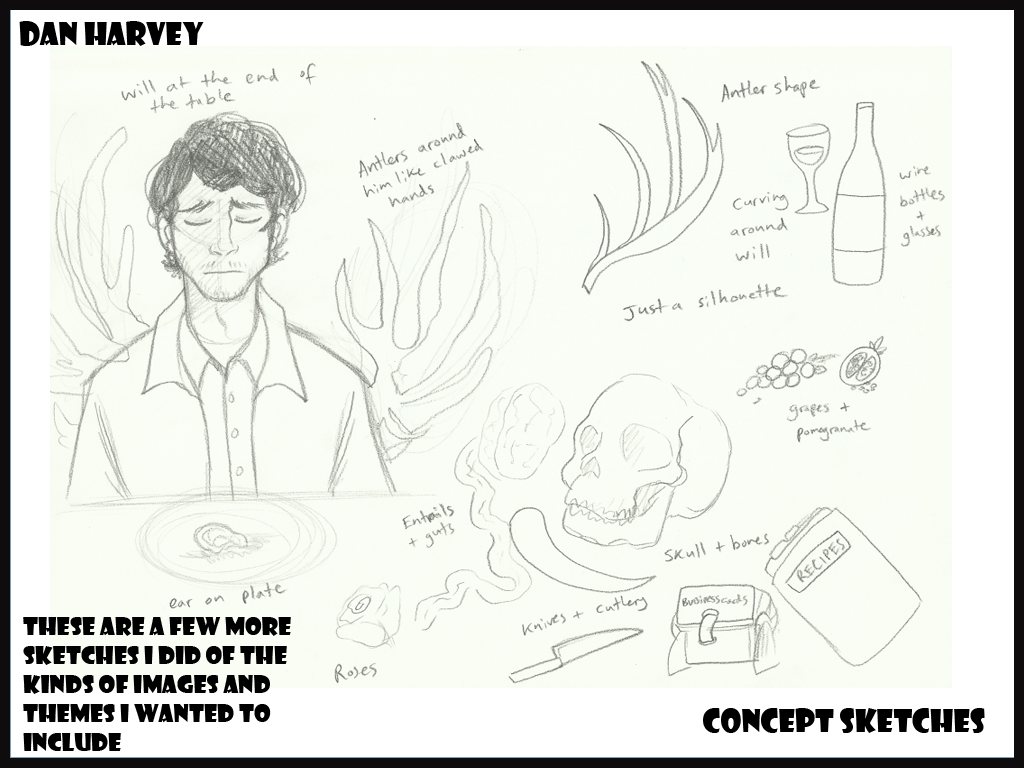 Considering how important the theme of cooking and eating is in the show I came up with the idea of a long panning shot across a long dining table because it would be perfect to show the gradual changes from normal gourmet food to blood and gore, just like in the show itself. 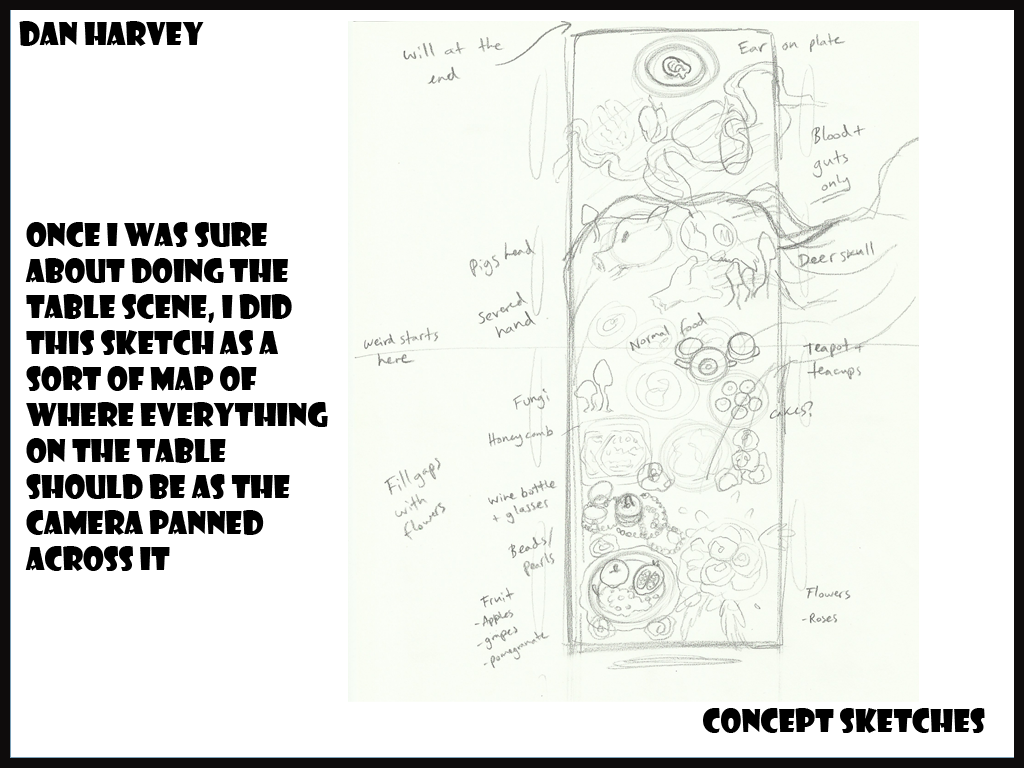 Here's the storyboard I did to work out how the sequence would look! 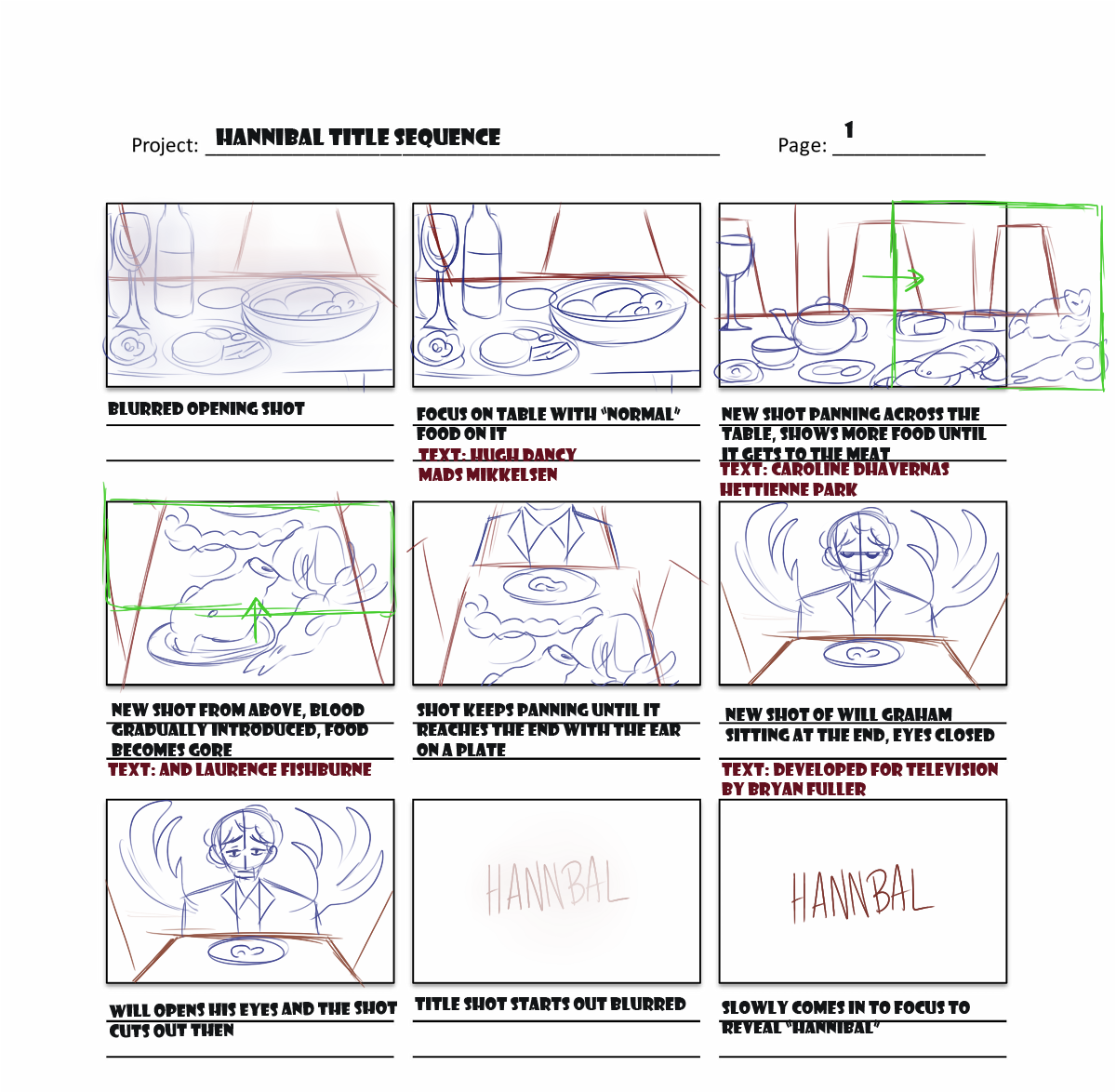 Before going to the final version I made a very rough version of the sequence so I knew what colours I wanted to use, how lighting would work and what shots I should draw out for the finalised opening. 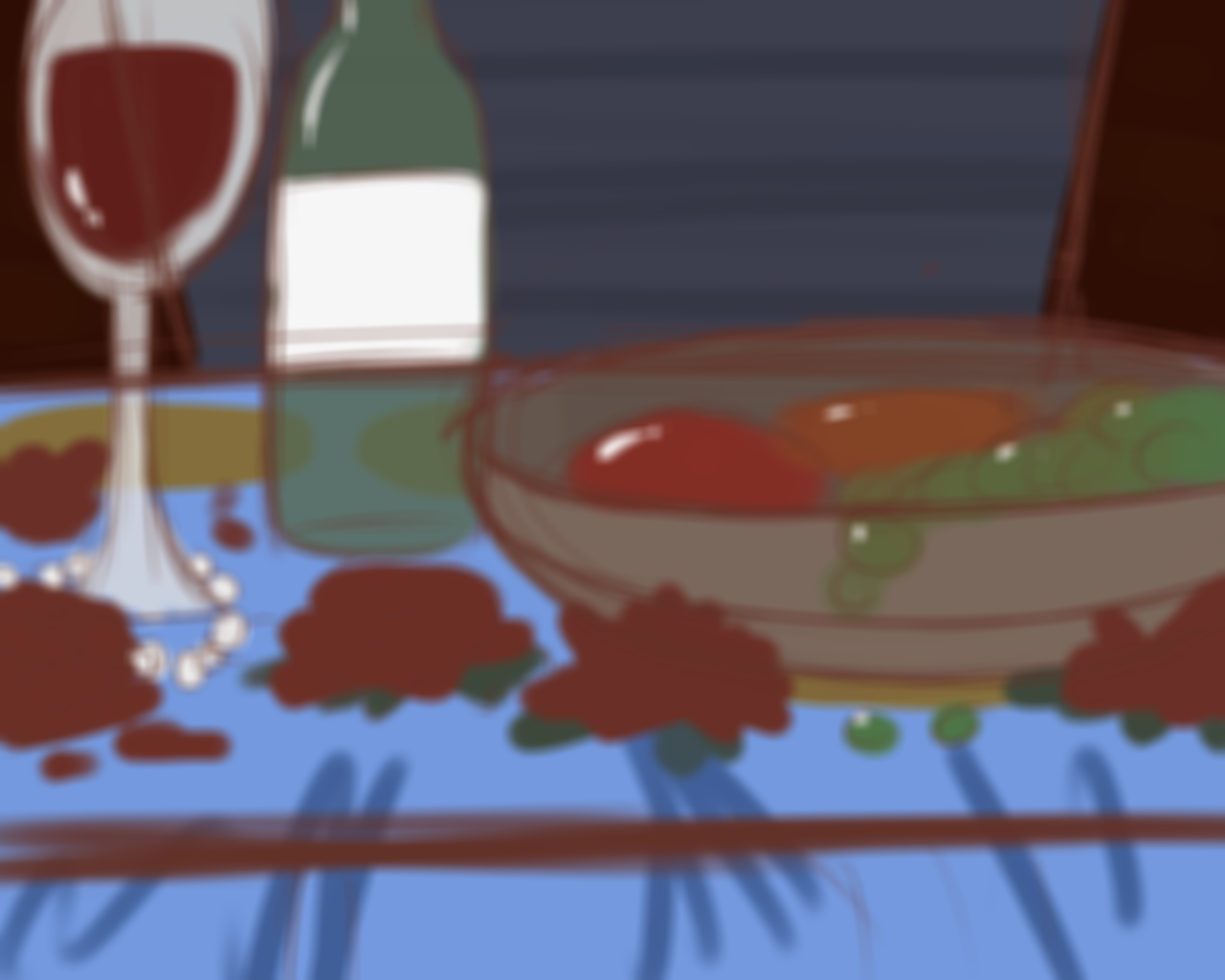 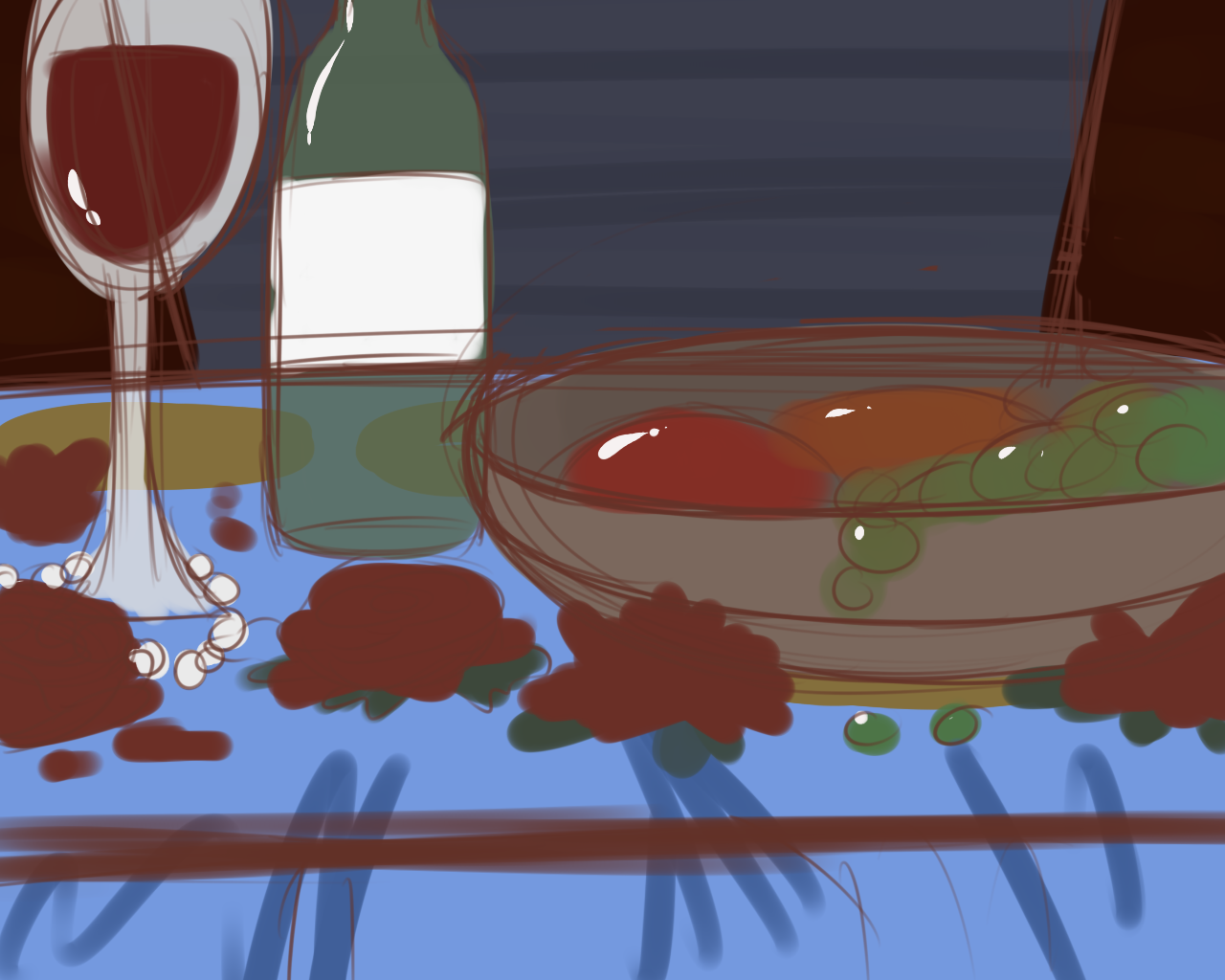 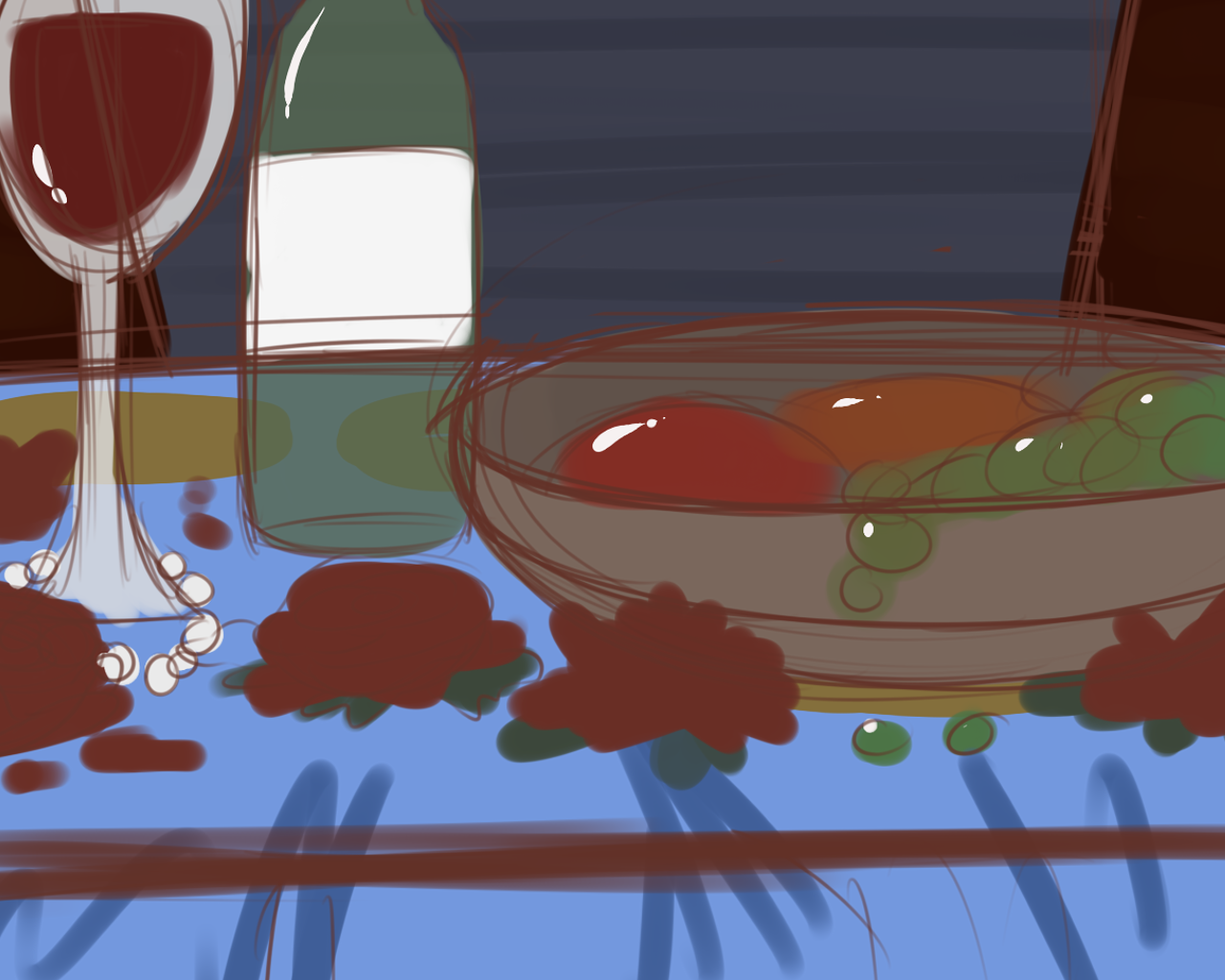 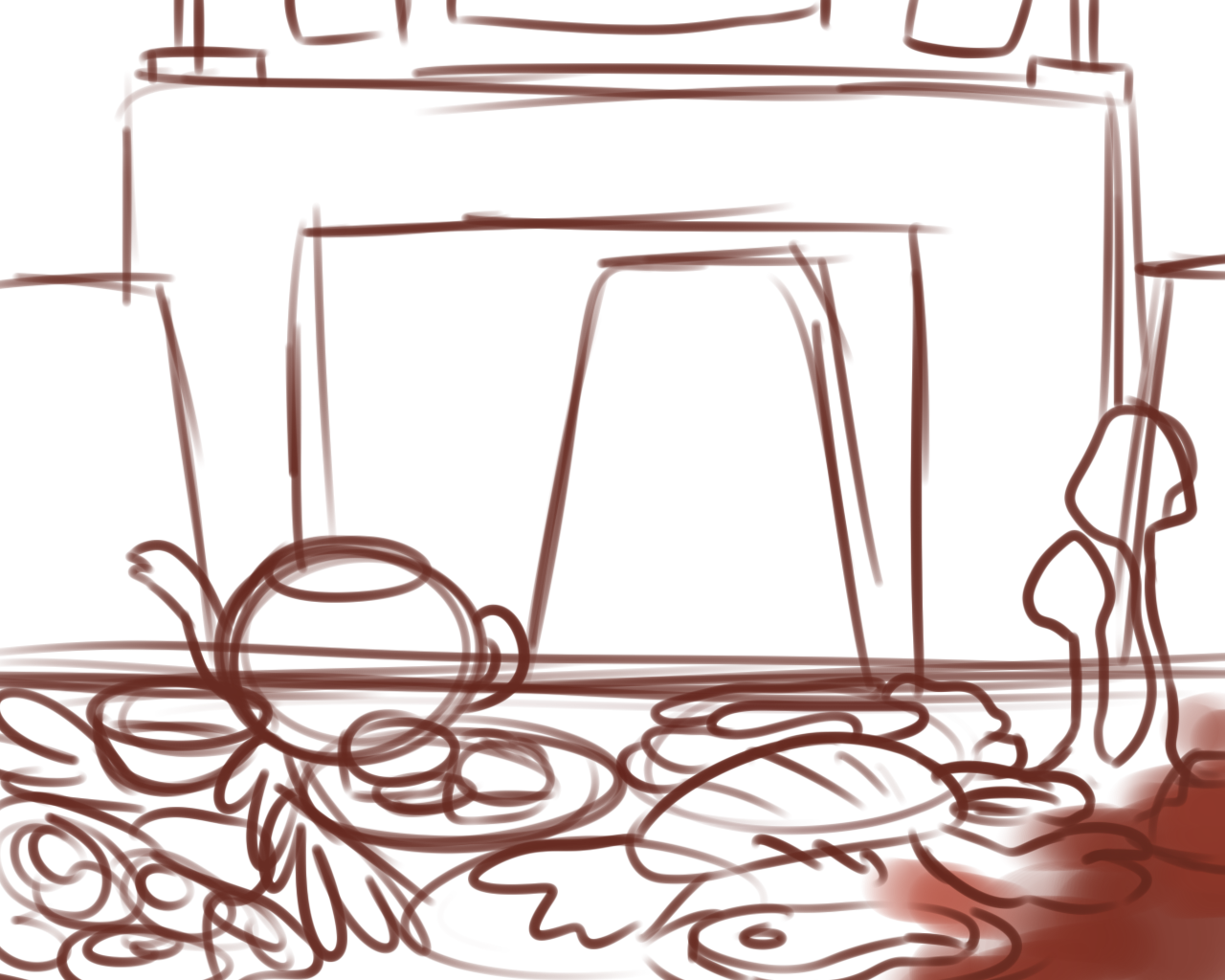 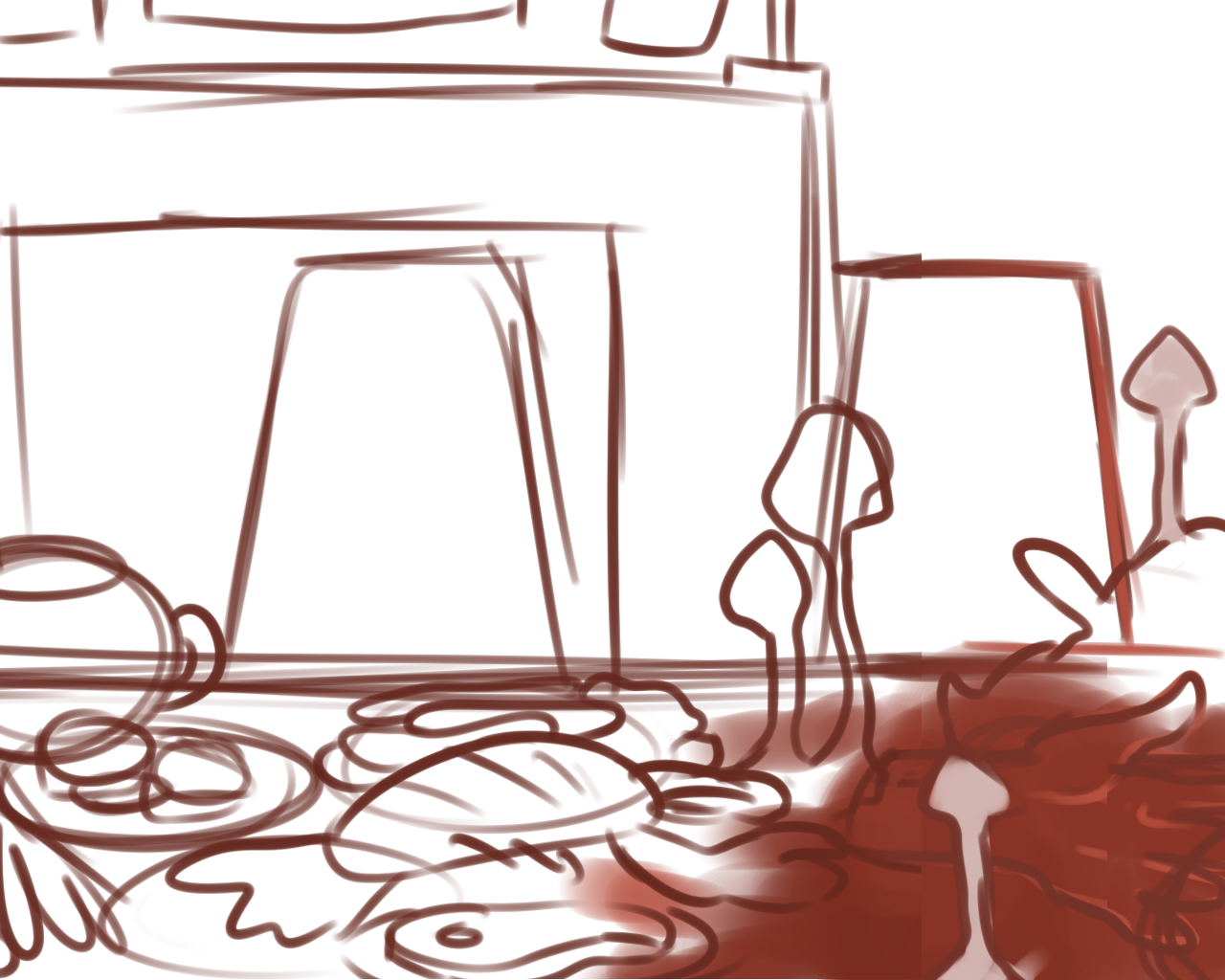 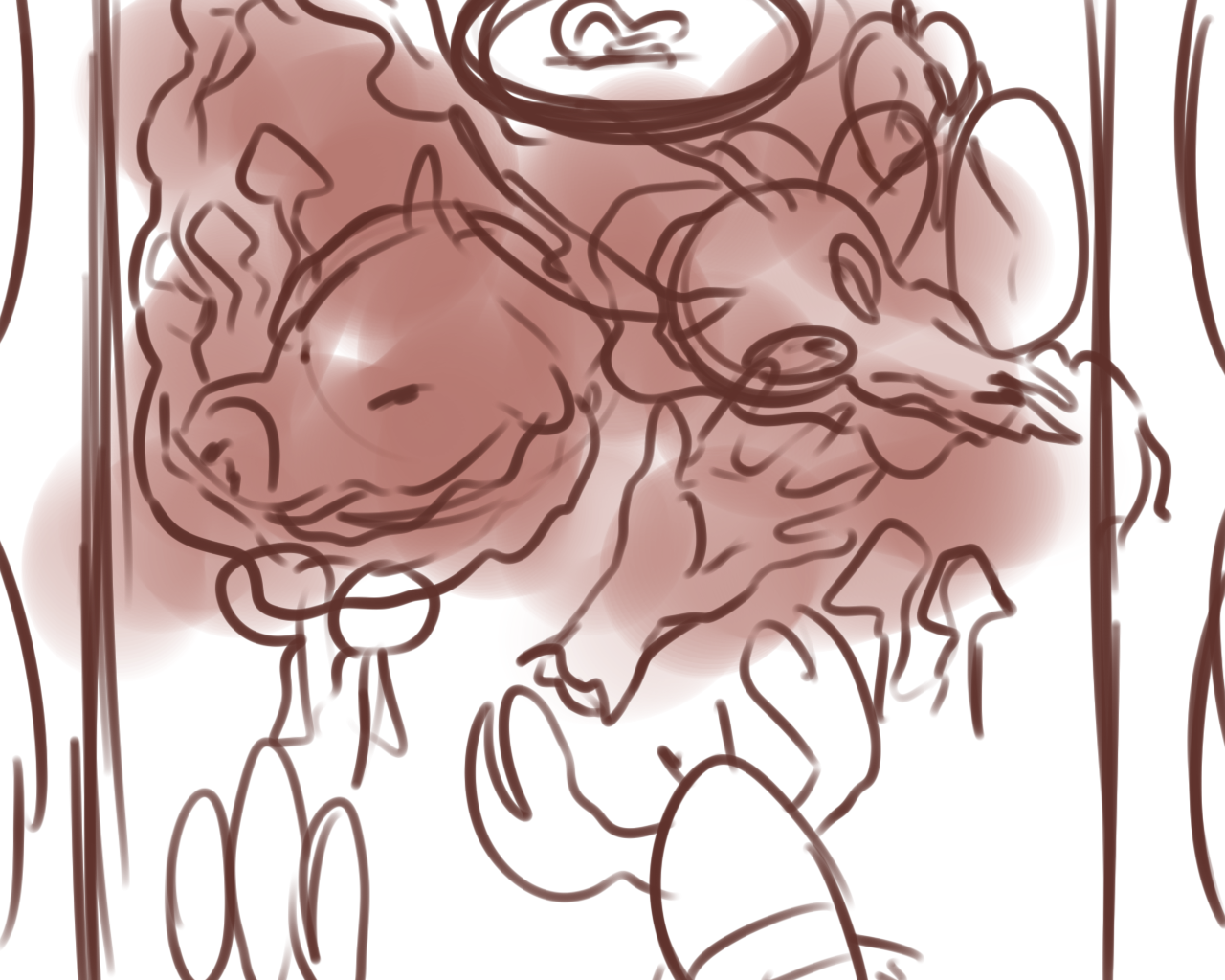 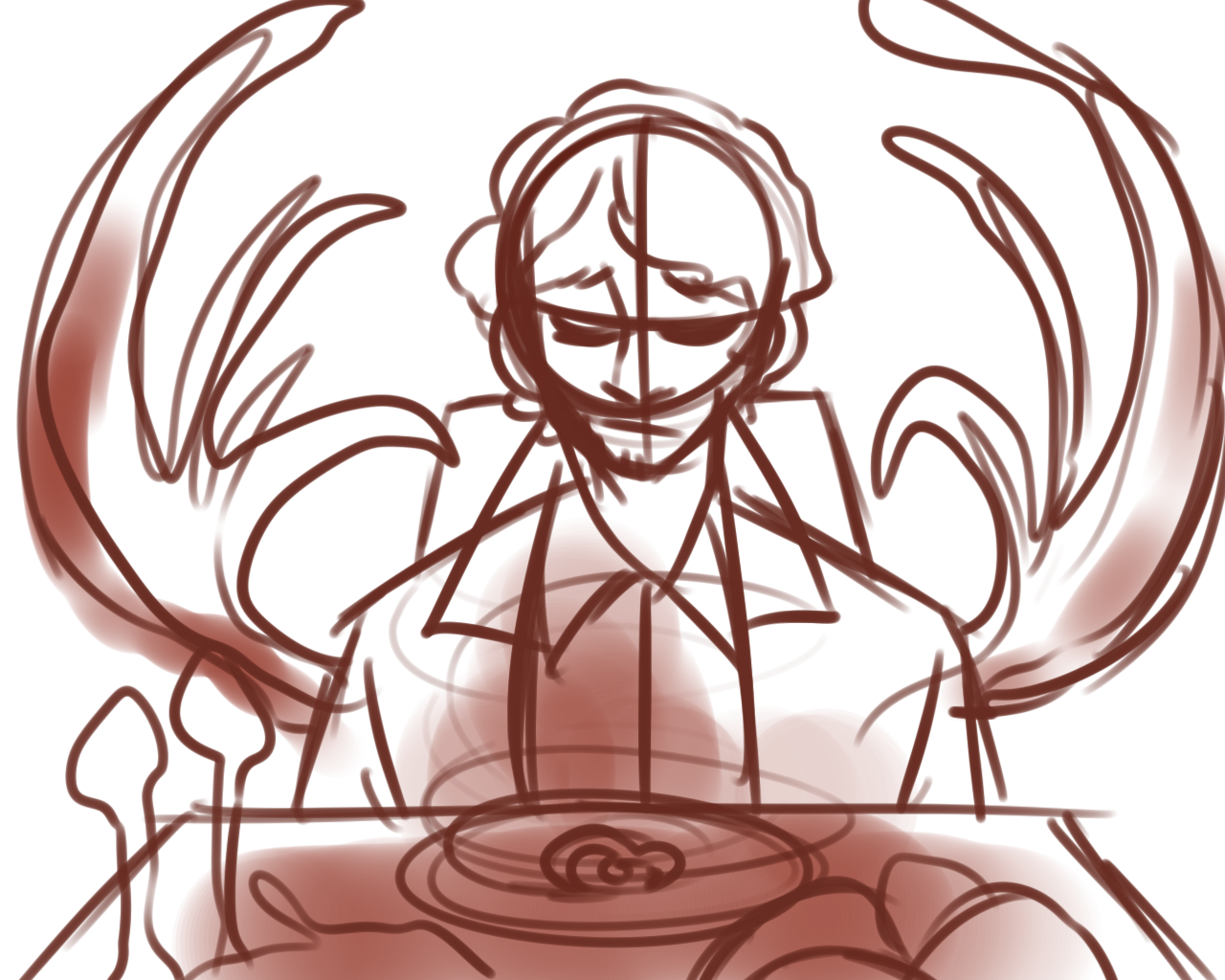 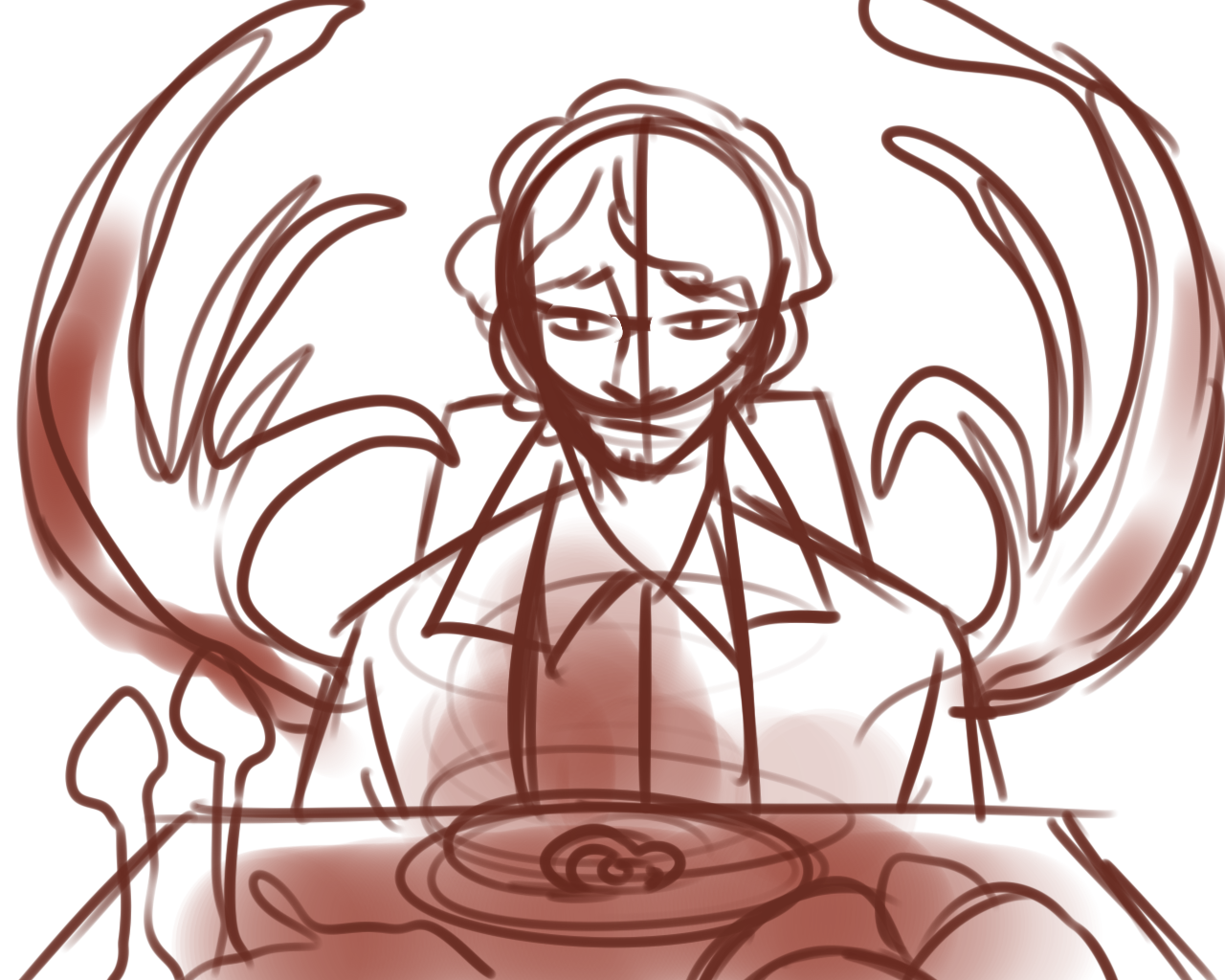 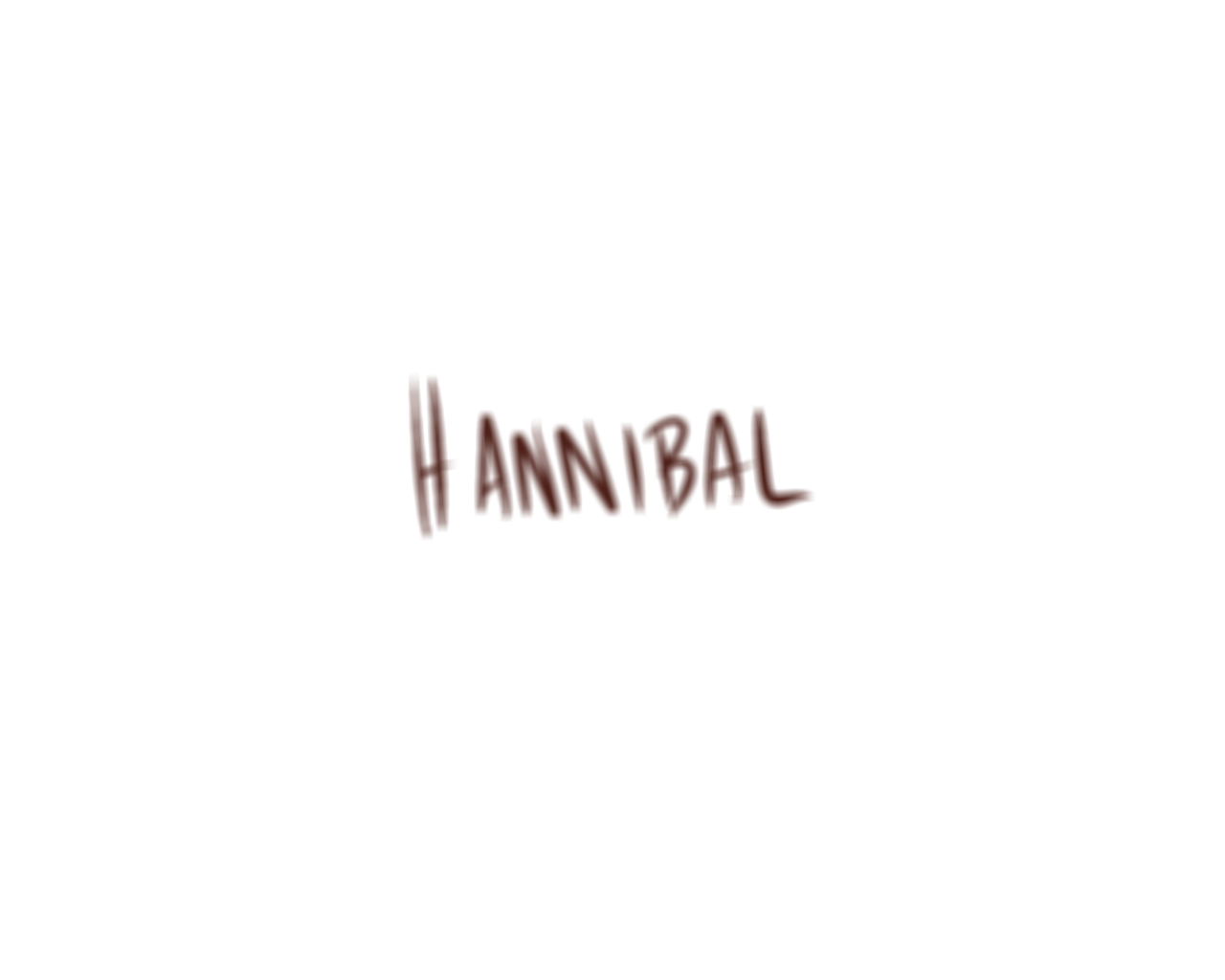 When I was satisfied with the layout and had gathered a bit more reference (specifically for Hannibal's table/dining room area for the colours and design) I made the final version and put it all in to a video! 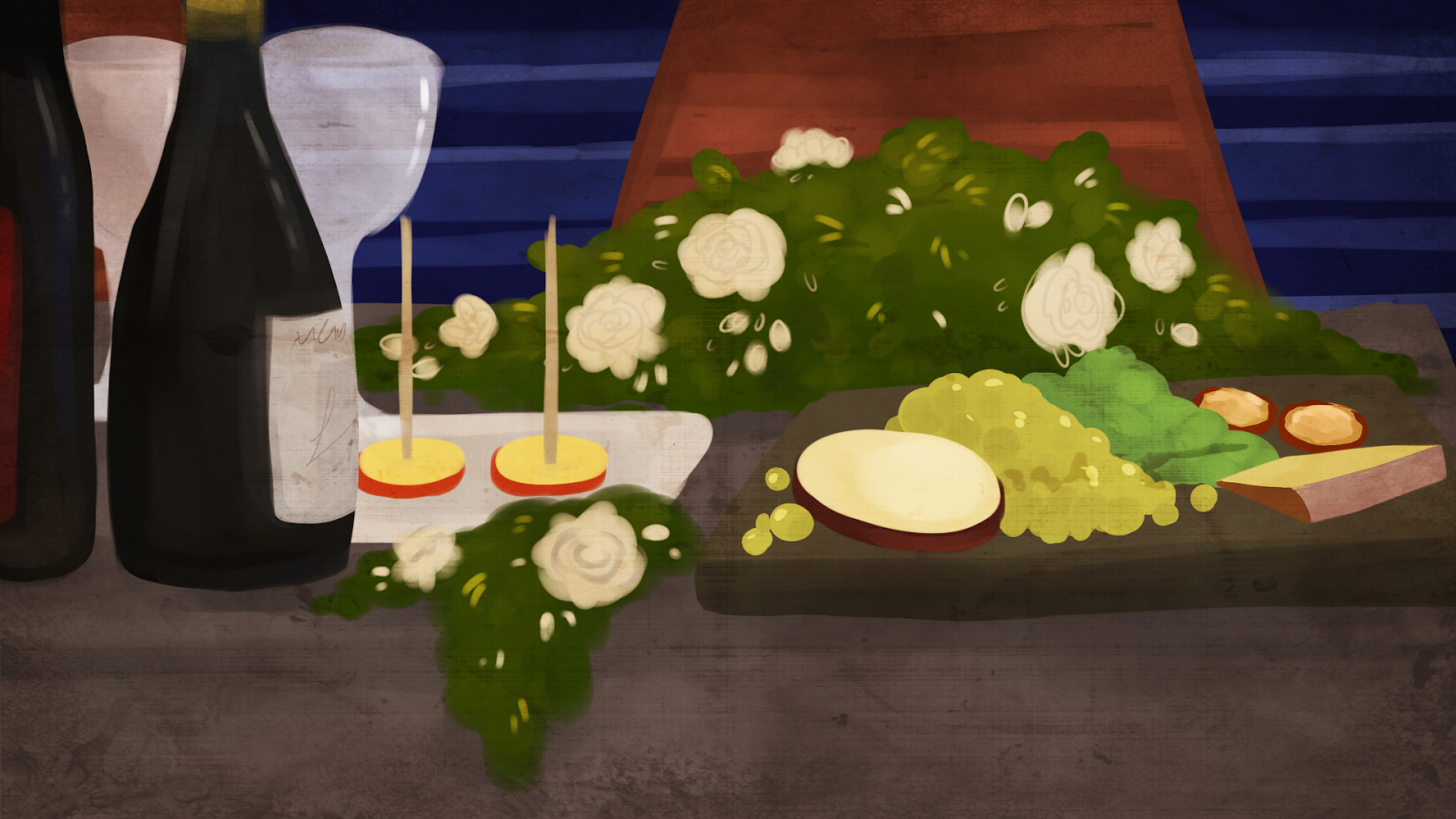 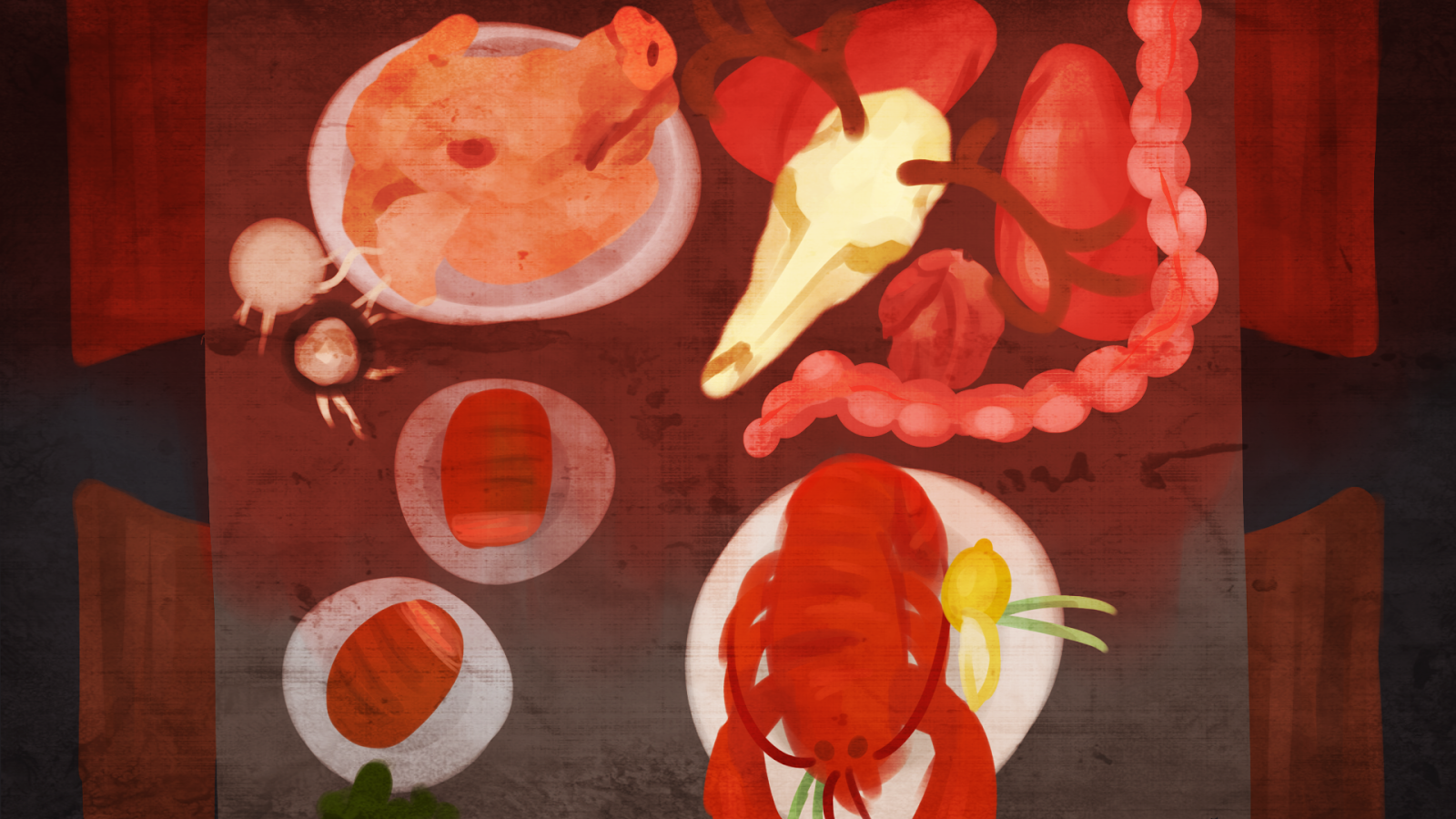 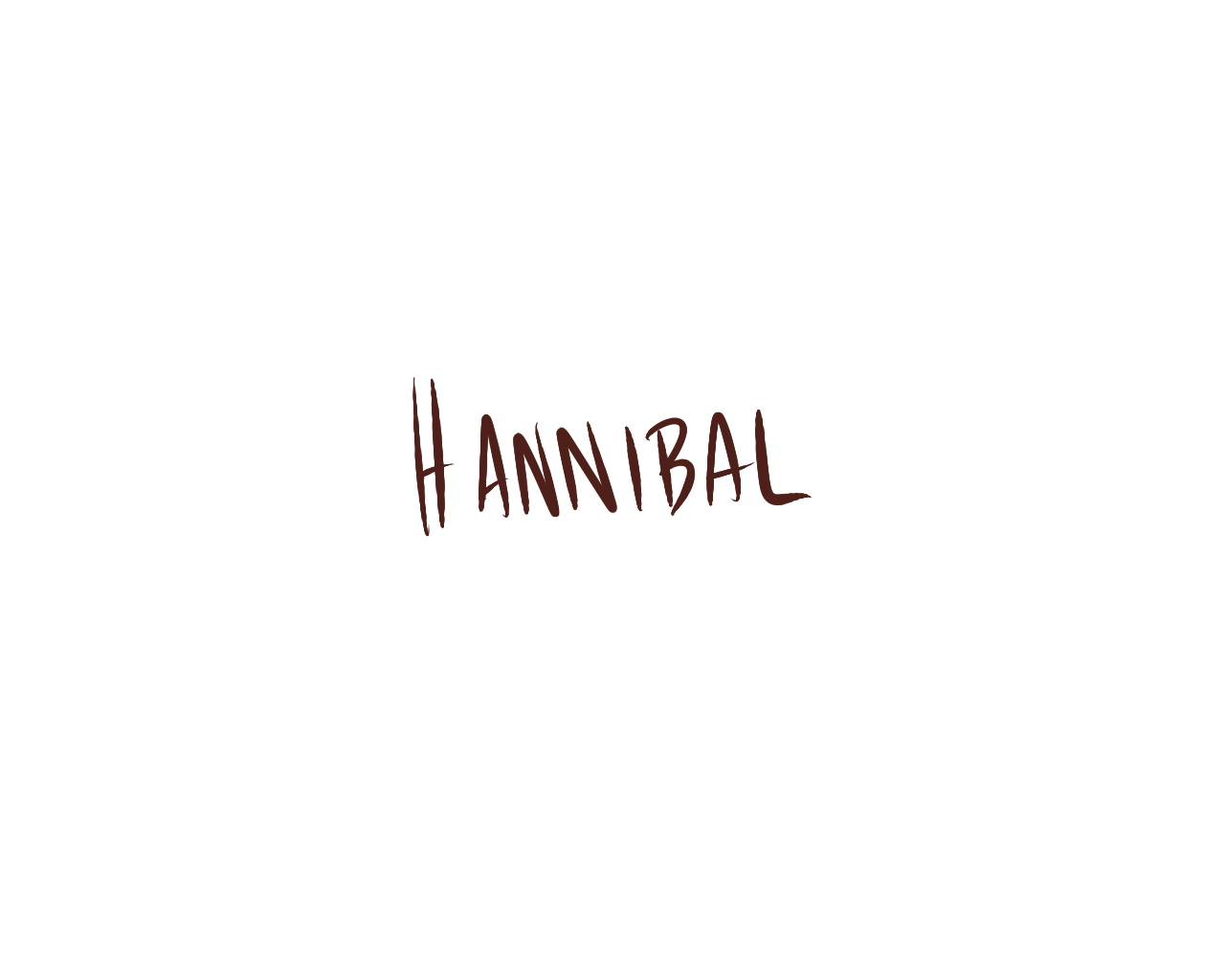 Email ThisBlogThis!Share to TwitterShare to FacebookShare to Pinterest
Labels: 2014, Storyboards

dichord
Pontyclun, Rhondda Cynon Taff, United Kingdom
Hey there, welcome to my blog! I’m Danny and I’m currently a freelance design and concept artist who’s in their 3rd year at the University of South Wales studying concept art of animation! My hobbies include playing a LOT of video games, drawing every second of every day, watching way too many cartoons and eating an incredible amount of pizza. Check out my personal website at http://www.dichordart.com/